This document outlines the procedures to install Minio as a Service on a new CentOS 7.3 Minimal server. It provides a little more detail to the procedures in the references at the bottom of this article.

I’m using VirtualBox on a Windows 10 Workstation, with a fresh install of CentOS 7.3 Minimal. Also installed is a copy of Git Bash for Windows.

The reason I use Git Bash is because I can copy/paste text from the examples below into the Git Bash prompt.
END_OF_DOCUMENT_TOKEN_TO_BE_REPLACED

This PDF document takes you through the steps of building a full LAMP environment with Oracle’s VirtualBox and a minimal CentOS 7 Linux server.

It covers LAMP installation, Git, SSH, Samba as well as configuration for use with your Windows environment.

This PDF document takes you through the steps of building a full LAMP environment with Oracle’s VirtualBox and either an Ubuntu or Mint Linux server.

It covers LAMP installation, Git, SSH, Samba as well as configuration for use with your Windows environment.

Note: It’s been superseded by my ‘A CentOS Web Development Environment’ document.

Quite often, I use the Pareto principle of spending 20% of the effort to get 80% of the results. On other occasions, I spend far too much time to get something just right.

From DOS 1.0 in 1981 to Windows 8 and Linux today, I’ve installed dozens of micro and minicomputer operating systems over the years. To me, an OS needs to fit like a glove, which is why I’ve spent considerable time looking for a version of Linux that will complement my Windows 7 desktop environment. Being on a tight budget, I use Oracle’s VirtualBox instead of VMWare Player as it includes a Snapshot facility.
END_OF_DOCUMENT_TOKEN_TO_BE_REPLACED 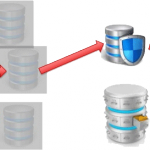 If you have ever experienced the horror of losing files or a database, then you’ll understand the importance of implementing and TESTING your backups and site recovery capabilities.

I’ve developed some scripts that run on my local Debian server, which backs up my Hostgator sites and associated databases on a daily as well as a weekly basis.

Note: Unless you have a pre-existing arrangement in place, do not assume that your web host provider has adequate backup/recovery protection for your web sites. You’ve been warned.

END_OF_DOCUMENT_TOKEN_TO_BE_REPLACED

Update: Working on a new version, which isn’t ready yet. It should contain:

I’ve created a document that describes setting up a web development environment using a Windows 7 workstation, an Ubuntu 12.04 Virtual machine along with a Hostgator Reseller account and, most importantly, Git.

I have now released version ‘1.0‘ of this document as well as a sister document for installing Virtualmin and Webmin on Ubuntu 12.04.

I have to admit at times to an amount of ‘Mac envy’. Whenever I attend either a WordPress or Drupal conference, most of the delegates that brought a computer will be using a Mac of some form. The code sprint rooms are packed with Mac users. Myself, I have a 5 year old ASUS laptop, running Windows 7, as well as a 5 year old Windows 7 desktop at home. They were nicely spec’ed when I bought them, so performance is not really an issue. The challenge I have, is, creating a seamless web development environment to support my Drupal and WordPress sites. My requirements include:

It’s no exaggeration to say that, aside from purchasing a Mac, I’ve tried a LOT of variations and am currently using:

First off, I’ve been developing with Linux Mint on Oracle VirtualBox hosted on my desktop for several months now. I’ve been looking to offload it from my desktop, as I don’t like putting all my eggs in one basket. Therefore, I setup KVM on a dedicated host so that I could implement several servers independently of my desktop, including my main development environment. Unbeknownst to me at the time, the obvious disadvantage here is that I can’t take that on the road with me. That is, unless I’m prepared to use a rather slow VNC connection.

Rather than offload my principal Linux box to KVM, I think I’ll continue to host my Linux on VirtualBox on my desktop and to copy that environment to my laptop for those times when I’m offsite, let’s say at a development meetup or client site. In the meantime, I’ll continue to use KVM to host various machines, such as my production backup server, test servers as well as a home media server.

In some respects, it’s not quite as seamless as a Mac, but my development environment is stored as an image and can move seamlessly between my desktop and laptop. I’ve also got file sharing and drive mappings setup so that it’s easy to access my Linux Machine from Windows. Furthermore, VirtualBox’s seamless mode looks pretty awesome.

I’m pretty happy with my development environment, and now just need a Haswell chip to run it on. In the meantime, I’ll back off on the Craigslist search for a used Macbook.

Update: Just bought a 4770K desktop with 32G of RAM. Lots of room for virtual servers.

The first text editor I used after graduating university back in the day was Edlin . . . on DOS 1.0. That nasty old editor prompted an ongoing quest to find the ‘perfect’ text editor. I’ve used many over the years, and on several different operating systems but haven’t yet come across one that ‘just works’ for me. The main challenge is that I use several operating systems, each with their own editors.

On Linux, I’ve settled on vi, more out of history and habit than anything else and Notepad++ on Windows. Both editors worked fine, but I never really fell in love with them. I’ve tried the Netbeans IDE, and it has a lot of really cool features that I’d like to see in a lightweight package. I guess I want something that loads as fast as vi, works in a terminal, yet has the features of Netbeans.

The other day, I ran across Sublime Text. One of the cool things about it is that it has Linux, OSX as well as Windows 7 distributions. It’s also received a lot of rave reviews on the Internet. After a very short trial, I purchased a license that I can use on any of the systems I use. What a superb arrangement.

Out of the box, Sublime Text looks pretty cool. It works well with Linux, but not in a terminal. I think I’ll spend some time with it to see if it’s the text editor of my dreams.

I don’t do a huge amount of coding, but when I do, it’ll typically be with Sublime Text. Otherwise, for quick updates, I’ll either use Notepad++ (for printing in Windows) or vi in Linux. That multi-line edit capability in Sublime Text is pretty awesome.